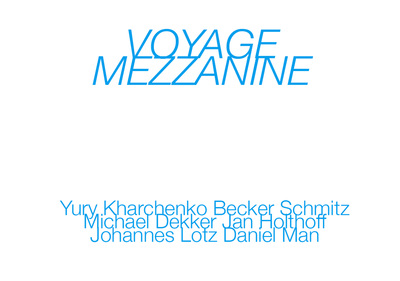 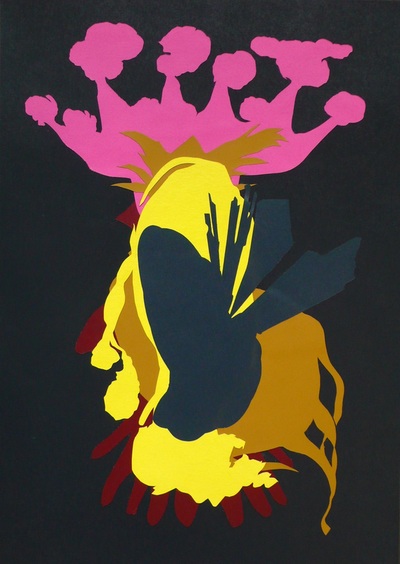 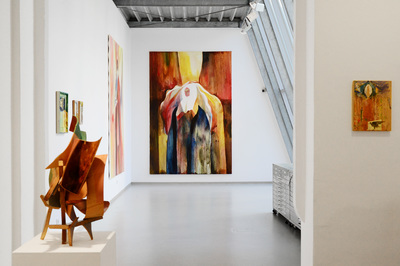 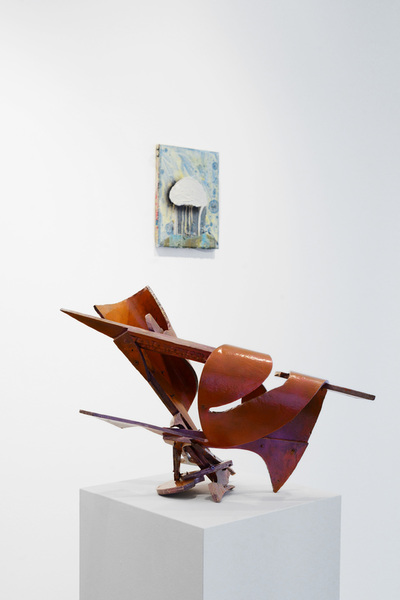 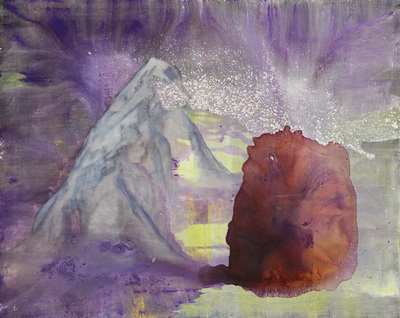 "Voyage is not an expedition for a known intention, destination and purpose neither a passive journey or a frivolous passage ; a voyage is a periplus, a quest for a never to be achieved completeness. Navigating in the tormented ocean of doubts, the vessel has no final harbor, and crosses the seas, under golden’s sun, with an infinite thirst for new enlighted colors and endless stairy skies. Stars brightening up a penetrating melancholy for completion, certainty and firm ground while the ship sways endlessly over the dark blue abyssal seas.

A Mezzanine is an intermediate and therefore is not considered as an overall floor : it is both an elevation and a belittling intermediary construction which, like a bridge is in a perpetual in-between state, an in-betweeness linking various worlds, thoughts and cultures. Involving a solid construction contrasting with the ceaseless waves’ circular circumductions, the Mezzanine is the deeply rooted figure of the Lernaean Hydra which has multiple different faces, contradictory thoughts, and one unique body. Threatened by the cold Herculean blade of unicity and clarity, the Hydra has been disheartened through ages for its various figures, its everlasting in- betweeness, its plural and contradictory identities.
Intermediate between thoughts, disciplines, languages, and cultures, Voyage Mezzanine is consequently inter-disciplinary, trans, multi and inter-cultural, both abstract and figurative, poetic and narrative, disillusioned and naive, plural and unified.
Voyage Mezzanine is a constellation of figures aiming, with different styles, mediums and cultural grounds to enlighten the ceaseless and necessary departure from our diverse heimats, the ceaseless and necessary Voyage."
(Text by Ygael Attali)