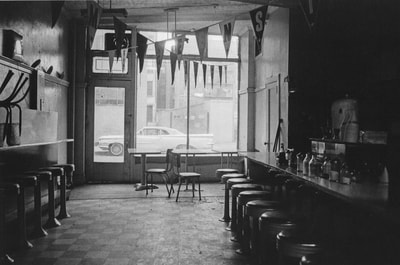 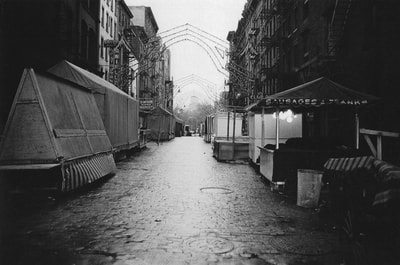 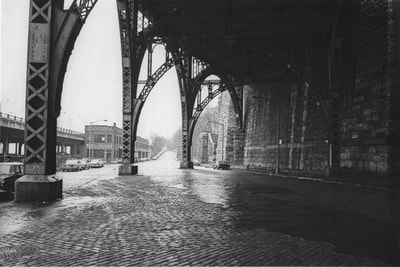 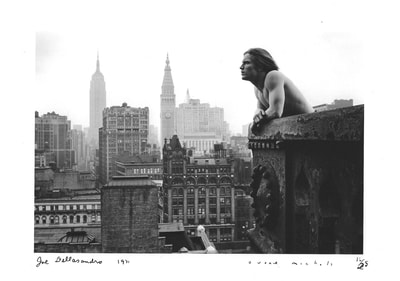 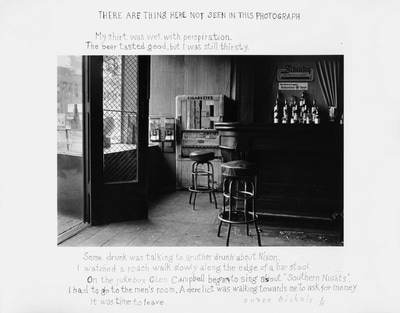 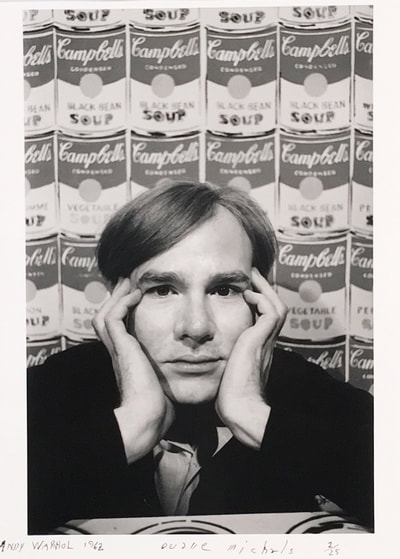 On February 18, 1932, Duane Michals was born in McKeesport. Pennsylvania; a steel mill suburb of Pittsburgh.
His father, John, was a mill-wright in Mr. Carnegie's Duquesne works. His mother Margaret was a clerk at Kaufmann's Department Store.
Duane was the news editor of his high school paper, The Red and Blue which won an award for being the best edited high school paper in Pennsylvania.
He attended the University of Denver on a scholarship and was very homesick, but he grew out of it.
During the Korean War, Michals spent two years as a lieutnant in the Second Army Division. It was the worst time of his life.
He returned home from the war to attend the Parson's School of Design, but dropped out, as it was a waste of time.
While working at Time Inc, as a graphic designer, Michals took a trip to Russia in 1958 with a borrowed camera and that's how he became a photographer.
Being a natural story teller, he invented sequential photography in 1966 and had a one-man exhibition at MoMA NY in 1970.
Although he was without a studio and knew little about photography, he became a successful commercial photographer.
Duane has had over 200 one-man exhibitions and been in 300 group exhibitions. There are thirty-two books about or by him.
He admires William Blake, Darwin, De Chirico, Magritte, Borges & Lewis Carol. Frederick Gorree has been his great friend for forty-five years.
The photographer was awarded the title of Officier dans L'Order des Arts et des Lettres, Paris 1993.
He is a spiritual atheist.