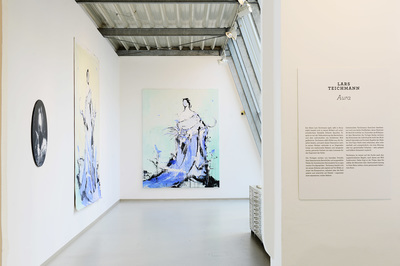 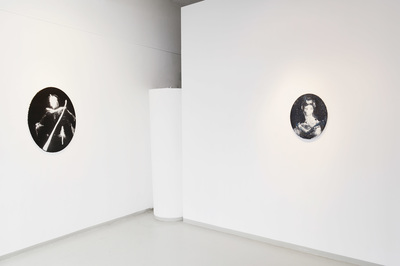 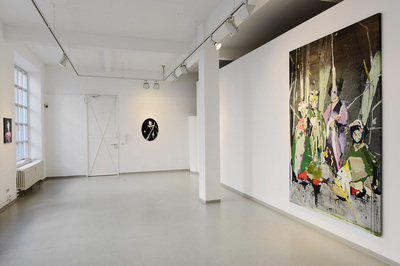 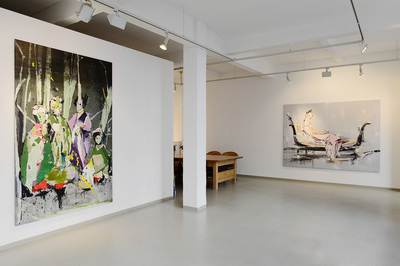 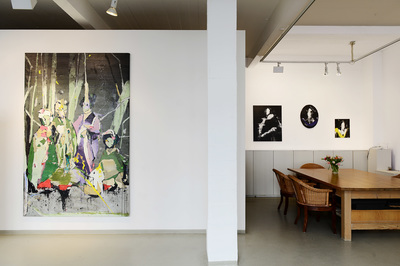 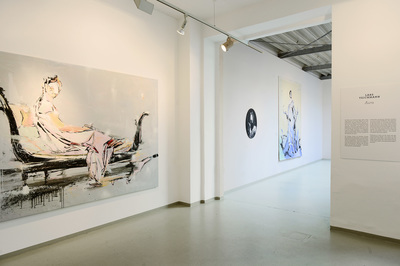 
The aura is a "strange web of space and time: the unique phenomenon of a distance, however close it may be".
- Walter Benjamin

In his pictures the painter Teichmann (born 1980 in Burgstädt) refers to many different eras. He plays with the viewer's perception and the individual and collective visual memory. Teichmann selects images that captivate him and then he follows this fascination. In his works he combines opposites such as traditional painting and contemporary, gestural freedom with the interest in the characteristics of color.

The templates range from baroque portraits of classical rider images and selected works of French salon painting to Japanese prints. In his works Teichmann refers very explicitly to these images, citing their composition, but reduces the color palette and omits details - in favor of an expressive, wild painting.

Teichmann’s faces consist only of bright spots, whose materiality is clearly visible. At least as an image type, the viewer is often familiar with the template, but the elimination of individuality draws the attention to formal aspects of painting. The figure is always recognizable but remains shadowy and unfathomable as a clue or a ghostly shadow - very present and very distant at the same time.

Teichmann is always looking for the unwritten rules by which an image works. He follows the thesis that paintings that have casted their spell at people for centuries, have something in common - an aura.