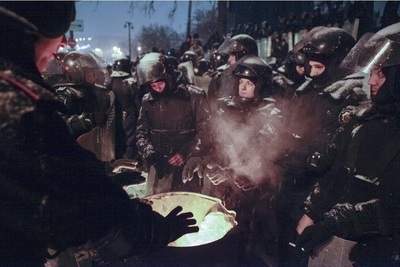 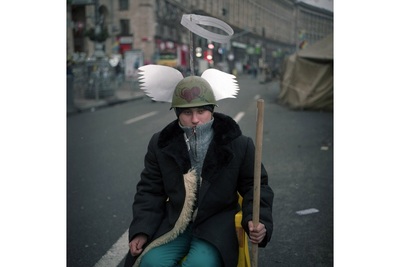 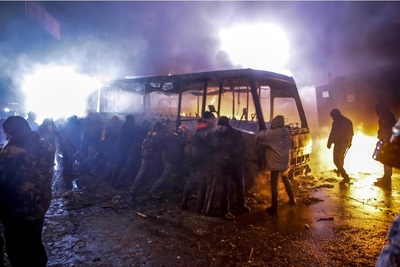 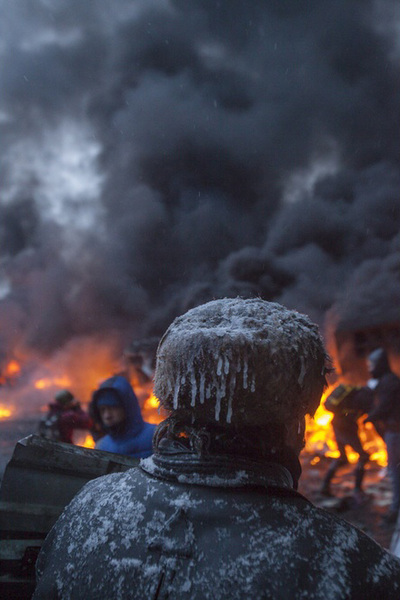 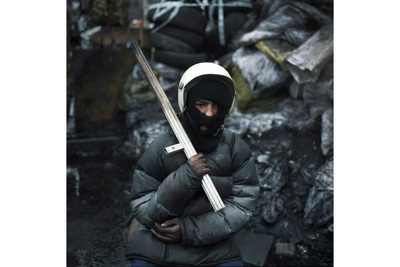 
On November 24, 2013 approximately 100.000 civilians gathered in Kiev on the Independence Square (locally known as Maidan), to protest against the decision of the Ukrainian government, who agreed to a proposed trade agreement with the European Union in exchange for closer relations with Russia. A few days later the riot police began to crush the demonstrations.

On January 19, 2014 the protests escalated. There were violent clashes as hundreds tried to storm the parliament building. The protest, which originally called for a rapprochement with Europe, was increasingly directed against corruption and the state rule.

The Ukrainian photographer Alexander Chekmenev was right there, in the middle of it all, during the unrest in the Ukraine and has made ​​incredible images on site.

In his exhibition "Mad World" at Galerie Clara Maria Sels, the artist Alexander Chekmenev fascinates us with stunning photographs. Chekmenev’s photographs remind one, in its design, the lighting and their color, of paintings of the 17th century, like, for example, Rembrandt. Chekmenev sets protagonists almost sculptural against a blurred background. The artist left the reportage and staged his own photographic painting.

Alexander Chekmenev was born in the Lugansk region of Donbass in 1969. He lives and works in Kiev, Ukraine. His work has been shown internationally, and won several awards, including the Festival Images, Vevey, Switzerland. Under the title "DONBASS" a photo book has been published in 2011 by Kehrer Verlag, that received the German Photobook Prize in 2012.