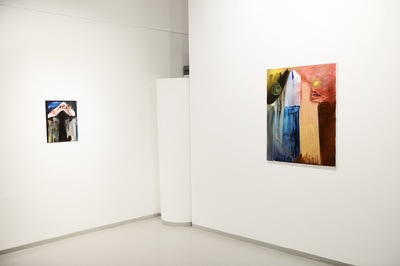 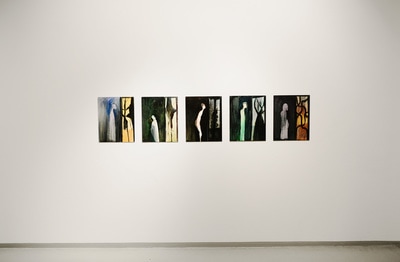 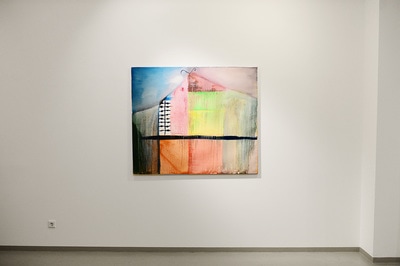 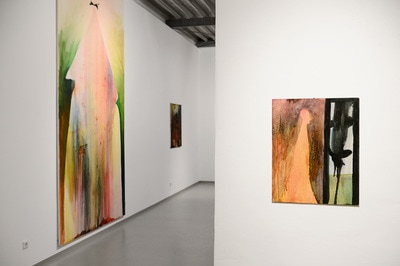 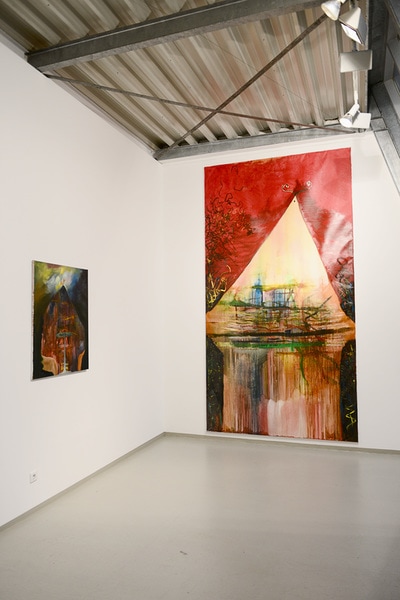 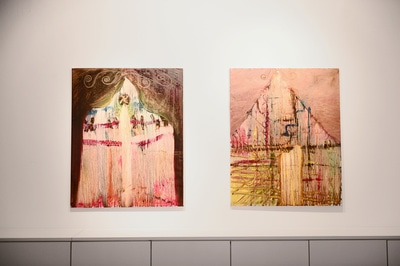 Yury Kharchenko (born 1986 in Moscow) has already made a name for himself in the art world. Works by the artist can be seen in the Galerie Clara Maria Sels in his exhibition "Where is Home?" in Duesseldorf from 4 November 2016 to 22 January 2017.

As a child Kharchenko discovered painting for himself. At the age of eleven he emigrated to Germany with his family. There he met the poet Vilen Barsky, who encouraged him to apply at the Kunstakademie Duesseldorf at the age of 17. Four years later, he graduated from the academy with the Meisterbrief. Shortly thereafter, he became a victim in a fight in which he was "insulted" as a Jew.
Kharchenko grew up in the former Soviet Union without having any real awareness of his Jewish roots. During the Second World War, his grandfather changed the surname Grynszpan to Kharchenko, so that he would not be recognized as a Jew and above all not be brought into connection with the political assassin Herschel Grynszpan. Deeply shaken by the attack and confronted with the past of his family, Kharchenko leaves Duesseldorf and moves to a studio in Berlin. In addition to his art he devotes himself intensively to the study of the Talmud and Jewish culture and intellectual history.

"Working with Judaism is working on myself. This is where culture and art come together: it is about understanding the world and oneself, with the difference that the artist unconsciously passes through this process."

Kharchenko’s paintings move between figurative and non-objective representation. Stylized houses, silhouettes of figures that hide in a tangle of frameworks – symbols and signs which make the incomprehensible visible, but which are not represented in concrete terms, but are released in form and colour. It is precisely this spiritual essence that is capable of captivating the viewer. A strong energy that can be felt in the many-layered materiality and colourfulness of his works.
The exhibition’s title "Where is Home?" represents the three existential questions of mankind – Where do I come from? Who am I? Where am I going?
Primary questions about the meaning and purpose of life, symbolized in the form of a house. This subject is timeless. Just as timeless as Kharchenko's paintings.

The director and producer Hans W. Geißendoerfer has been a collector of the artist for many years. In November he will begin shooting a documentary film about Yury Kharchenko..