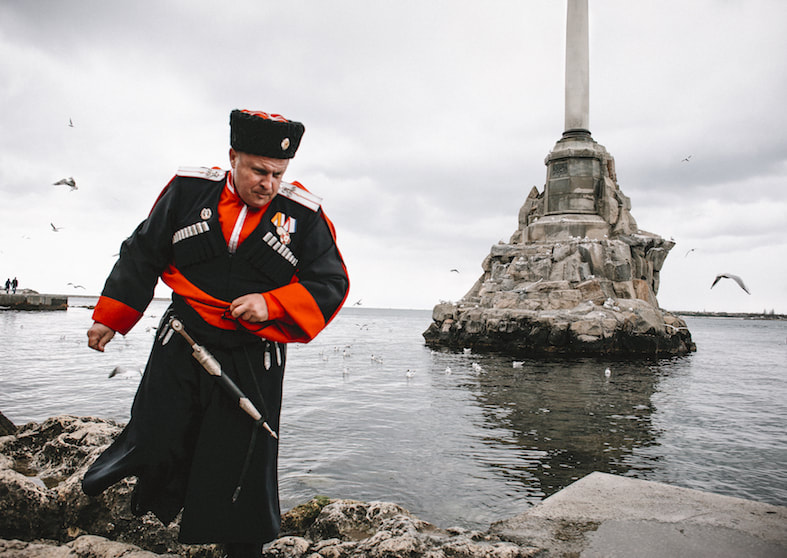 
“Who are the Russians today? We do not really know much about them. If we know something – we do not understand it. Not today and not in the past.”
A. Krementschouk

As part of the Duesseldorf Photo Weekend 2018 the Galerie Clara Maria Sels presents the photographer and writer Andrej Krementschouk with the exhibition infinite.
In addition to photos from his work series the Russians (working title), images, which were created as part of the novel „Der Tisch“ are being shown. Subjects such as the past, hope and breaking existing stereotypes set an undisguised view of contemporary Russia – picturesque landscapes, infinite wideness and great passion, but social tensions and political isolationism threaten social cohesion.

For years, Krementschouk traveled through Russia to perceive and document the country. “I want to explore the Russians photographically, in the same way Robert Frank did in the 1950s in the USA. – But I want to do it in my own way.” (A. Krementschouk)
The photographs reveal the view of a human being who is familiar with the traditions of a culture, but who also sees the absurdity of the reality of life. Situational portraits, rich in detail and with a lightness that can almost be grasped, show a Russia, which to us as strangers, but also to Krementschouk himself cannot definitely be decrypted. Again and again the view widens to the open landscape – traditional views in a restless, modern Russia.

Andrej Krementschouk (*1973 in Gorki) has been living in Germany since the mid-nineties. He continuously works on artistic projects in his new and old homecountry. His extraordinary position between photography and literature developed as a result of his constant interest for different ways of working and different genres in the fine arts.
At the same time as the Duesseldorf Photo Weekend 2018 his debut novel „Der Tisch“ (ISBN-10: 3955101533) written under the pseudonym Ananij Kokurin is being published by Osburg Verlag.
The novel tells about the love relationship between a Belarusian peasant woman and a German supply officer during the Second World War. Truthfulness, remembrance and dealing with the past are central subjects of the book. As in previous works, Krementschouk devotes himself in an intense, poetic and deeply touching way to the eternal search for home and identity.