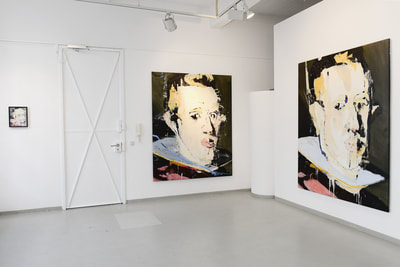 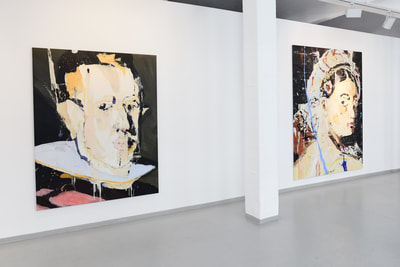 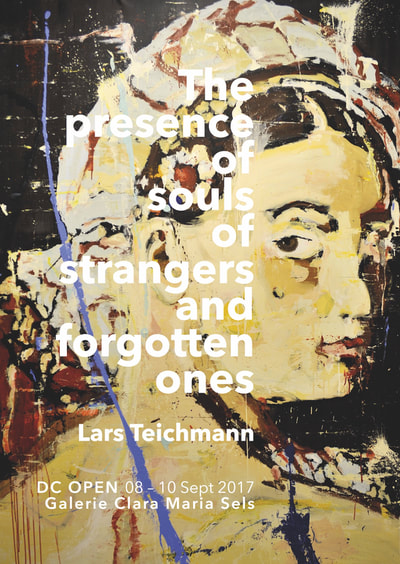 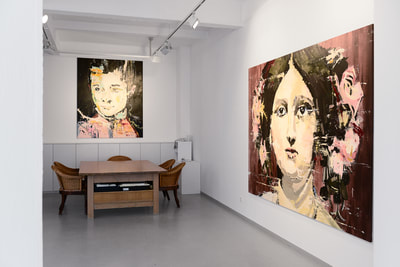 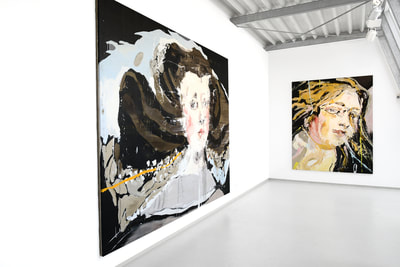 In the exhibition The presence of the souls of strangers and forgotten ones, the Berlin-based artist Lars Teichmann (born in 1980 in Burgstädt) confronts the viewer with larger than life portraits. In his paintings, he lets historical figures from past eras come to life again. The people portrayed seem familiar and alien simultaneously.

The desire for self-expression is deeply human. In former times, it was usually the preserve of the rich and the mighty of this world to allow themselves to be painted and to keep their portraits ever present for centuries.  Now, the selfie is a quick form of self-portrait and self-staging.  These days, unlike in the past, it is possible to dispatch and disseminate a self-portrait around the whole world via the internet.  Nevertheless, an individual's perception remains mostly in the private sphere.

In the exhibition, Lars Teichmann raises the question of the origin and whereabouts of a portrait in history.  In his large and imposing paintings, Teichmann has placed references to portraits by the Old Masters.  It is not immediately clear that, in an earlier historiography, these people were important dignitaries or decision makers.  They are respected, forgotten or ostracised.
The artist approaches the figures from a distance and toys with the possibilities of colours and forms. With a vibrant characteristic style and painterly gestures he has created image areas of varying thickness that blend harmoniously into an overall picture and allow the nature of a person to become visible.

When compared with a digitally shot selfie, viewing a painting has a different temporal quality; it is not the same kind of way of attaining awareness and, due to its haptic nature, it also triggers a different type of sensory experience for the viewer.
In his paintings, Lars Teichmann asks about the existence of the ego and its reverberation in our world. In particular, what role does memory play as well as the importance of the individual in the present day and in a future society?